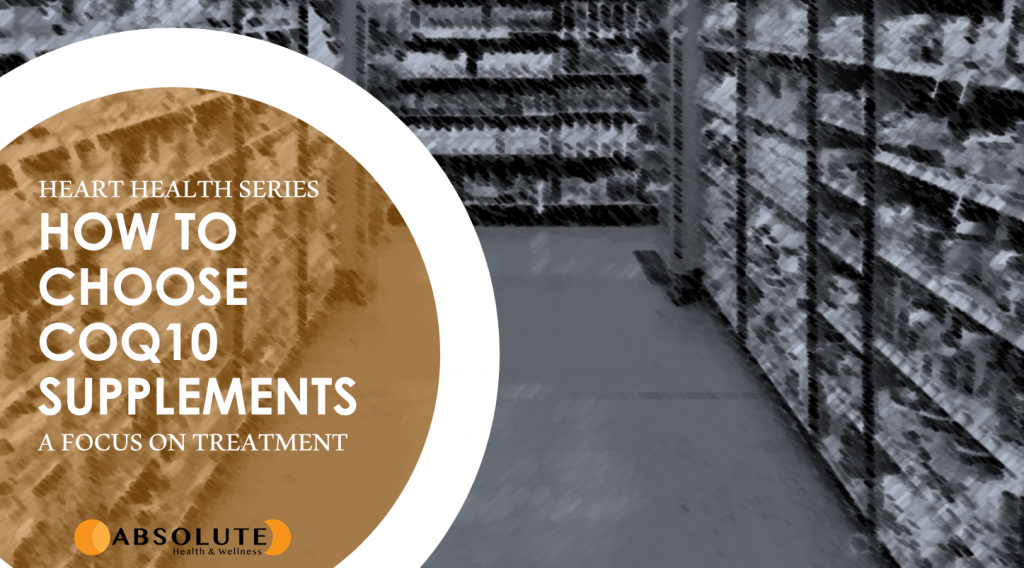 Do I need a CoQ10 supplement?

Maybe not. CoQ10 is made from L-tyrosine in the endoplasmic reticulum of cells throughout our body [1]. Beyond what is made in our body, CoQ10 is also obtained through food. Foods richest in CoQ10 are animal products: beef, pork and chicken (organ meats are highest), then fish and seafood followed by dairy and eggs. Plant based sources include peanuts and oils, but in order to get significant amounts of CoQ10, unrealistic amounts of nuts and oils would need to be consumed [2], [3], [4].
CoQ10 is a fat soluble molecule and the body stores are about 2 grams. Research suggests we require about 500 mg per day to maintain these stores (through diet and what is made naturally). The recommendation is to get about 30 to 100 mg from diet, with the rest being made within our body [5].
CoQ10 is commonly suggested to healthy individuals but in my opinion, it only serves a purpose in specific populations. Although it acts as an anti-oxidant, I believe you can obtain similar antioxidant properties from food or even cheaper supplements. A lot of the 'health benefits' are only proven in research on specific patient populations. Ordinarily, CoQ10 doesn't show significant improvement in otherwise healthy individuals. This one should be reserved for those who need it. Click here for major clinical applications of CoQ10 and here to learn of its necessity for those on Statin drugs.
If you, or someone you know does need CoQ10, this article will help you navigate the supplement stores and find the best product for you. If you're unsure, book an appointment with a local Naturopath or GP and have this discussion.
Below will be information on the major discussion points surrounding CoQ10.

Ordinarily understanding chemical structure isn't a vital part to buying a supplement - but with CoQ10, it is. The terms 'ubiquinone', 'ubiquinol' and 'reduce form vs oxidized form' are thrown around a lot. One of the biggest price differences is based on which form the CoQ10 in - ubiquinone or ubiquinol. Let's see what the difference is and whether it's worthwhile paying more for one form over another.

Intro on the chemical structure of CoQ10
Figure 1, seen below, shows the chemical structure of CoQ10 on the left. The images on the right show the truncated structure, highlighting its oxidized and reduced forms. The reduced form (ubiquinol) can accept electrons from free radicals, converting it into ubiquinol; hence, ubiquinol is defined as an antioxidant. What makes ubiquinone unique is that it too can work as an antioxidant [6].

Figure 1: CoQ10s molecular structure is shown on the left. On the right, see the oxidized (top) and reduced (bottom) forms of CoQ10. Notice how the oxidized form (ubiquinone) can freely convert to the reduced form (ubiquinol) and vice versa. This relationship is called a Redox Pair. The nature of these molecules to switch back and forth is important when comparing ubiquinone and ubiquinol products.

​​Which supplement should I buy?
When you compare CoQ10 products, you will notice some products offer ubiquinone and others tout their ubiquinol content. Ubiquinone has been on the market for closer to 40 years, whereas ubiquinol has only been around since 2007 [7]. One of the biggest marketing claims are that ubiquinol has a significantly better absorption, higher biologic activity and improved bioavailability versus ubiquinone [8]. Let's break it down and see if these claims are true.
*note - you can find many research papers online arguing both points of view. I place emphasis on quality of research paper and who funded/sponsored the research. There are very few statistically sound, indepenent research papers on PubMed. A lot of my opinions are based on biochemistry as well as interpreting the research, which is explained below.

"Increased Biologic activity" Claims
Ubiquinol is often touted as being more biologically active than ubiquinone. Biological activity refers to how much an effect a molecule can have on the body.  As you can see in Figure 1 (above), ubiquinol and ubiquinone can freely change back and forth. They are referred to as a redox pair [9] - a common biochemical phenomenon. In fact, the form we obtain from food is often the ubiquinone form. Prior to the invention of ubiquinol in 2007, we survived with this form in our diet. Also, ubiquinol is quite unstable in the stomach - and converts to ubiquinone in the stomach before it even gets absorbed in the small intestine. So, in my opinion (based on the research and chemistry, there is no advantage of one over the other when it comes to biological activity.

"Improved Bioavailability" Claims
Bioavailability is different to biologic activity.  Biologic activity refers to what and how much of an effect a molecule can have. Bioavailability refers to the body's access to that molecule. If something has great biological activity but zero bioavailability, it means as good as that molecule is, the body simply can't get to it in order to use it.
Ubiquinol is actually more bio-available than ubiquinone [10]. Earlier, I did say CoQ10 is fat soluble, however, its relative solubility in water is also important as our lymphatic, venous and body's fluid compartments are comprised mainly of water. The chemical structure of ubiquinol allows it to be considered more water soluble than ubiquinone. It has two hydroxyl groups which allow it to bond with water (and in turn have improved solubility in water), thus making it more bio-available [11]. Research also shows ubiquinol being more efficiently incorporated into micelles during digestion, which has to do with transportation of the fatty molecules [10].

"Increased Absorption" Claim
Absorption refers to how much CoQ10 absorbs through the small intestine into the lymphatic vessels in the intestinal microvillus (it does not absorb directly into the blood stream). As mentioned above, ubiquinol is exposed to a very harsh environment in the stomach where it oxidizes to become ubiquinone [11]. So when we talk about absorption, we need to talk about oil based preparations versus crystalline forms. 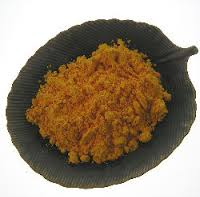 Raw Crystalline CoQ10 in its unprocessed form. This needs to be added to a fat solvent in order to absorb as a supplement.

​​
Oil Based preparations are better than crystalline forms
Remember CoQ10 (both ubiquinone and ubiquinol forms) are fat soluble. They absorb through the gut lining via simple diffusion. CoQ10 generally comes from the manufacturers in crystalline form. Our digestive system cannot absorb crystals, and the crystals don't break apart at our body temperature. So any product that comes in this raw form would be useless - it must be dissolved in a fat solvent. So, when looking for a supplement, look for one in a carrier oil. The most common ones you'll find now are coconut oil (best in my opinion) as well as soy, palm or sunflower oils.

It may be confusing looking at the label and understanding what you're buying. The terminology is sometimes misleading, so here's the breakdown.

Conventional ubiqinone CoQ10 will be labelled with the main ingredient as:

Ubiquinone Containing Products
Ubiquinol CoQ10 will be labelled with the main ingredient in many ways:

When you research CoQ10 other key 'buzz' words may pop up - MitoQ and Idebenone. Continue reading to see what they are and how they relate to CoQ10.
MitoQ is an up and coming antioxidant supplement. It targets the mitochondria and has demonstrated encouraging preclinical results in a number of studies (none in human subjects yet). Its developers claim its simply CoQ10 that has a positive charge added, delivering more into the mitochondria than any other CoQ10 supplement [12]. Promising results in rat models have shown potential in a number of diseases including: liver fibrosis [13], Alzheimer's disease [14], ALS [15], metabolic syndrome [16] and alcohol induced fatty liver [17]. This is something I will keep watching out for as preliminary research is looking bright. It is currently not available in retail locations in Canada or the United States. It is available online.
Idebenone is a synthetic quinone (the same chemical class as CoQ10). It is often said to be the pharmaceutical version of CoQ10 (remember coQ10 is a naturally derived antioxidant). Although similar, Idebenone is rather different to CoQ10 with regards to pharmokinetics, bioactivation and modulation of cellular energy production [18].  A key differentiating factor is that CoQ10 relies on mitochondria to activate it, whereas idebenone does not. Meaning, compromised mitochondria may not utilize CoQ10 properly, whereas idebenone would not be affected [18]. Idebenone first came out as a pharmaceutical drug for Alzheimer's disease and later Friedrich's ataxia and Duchenne muscular dystrophy. As of 2013, the drug was no long approved for those uses in North America or Europe [19]. It is now being sold as an over the counter dietary supplement. Similarly to MitoQ, this is not available in retail stores in Canada or the US, but it is available online.

Source of CoQ10 - Natural vs Synthetic

Since CoQ10 can be made from bacterial fermentation, CoQ10 supplements are commonly vegan. Agrobacterium tumefaciens is the most common bacteria used to make CoQ10.
If it is derived from natural food sources, it means the CoQ10 is extracted from food- which is usually meat, making that product non-vegan.

When to take CoQ10

Since CoQ10 is fat soluble, it would be advantageous to take these supplements with a fatty meal.